The panel brought together representatives of family offices and family-backed investment vehicles from the United States and Europe; the discussion focused primarily on the challenges of cross-border direct investing. Each of the panellists noted the dramatic increase over the past few years of direct investing transactions, as well as the increased participation of family offices and family-backed investment vehicles in auctions and other competitive processes. The consensus was that this trend will continue and, in all likelihood, accelerate in the coming years.

Regarding trends for 2018, the panellists all commented that valuations were high, and that this could have an effect on transactional activity. On the other hand, it was noted by both Michael Riemenschneider of Reimann Investors and Philipp Haindl of the Serafin Group that there is a tremendous amount of capital looking to be deployed, and that if political uncertainties settled a bit, a further uptick in direct investing activity during 2018 could be expected.

Finally, the panel discussed the increasing role of independent sponsors and other intermediaries in the direct investing market. Both Anton Sternberg of Stonehage Fleming and Rupert Weber of McDermott noted that, given the challenges often faced by family offices in connection with sourcing quality deals, the role of such intermediaries would likely increase, at least in the short term.

The panel closed with a discussion of “socially responsible” or “impact” investing; the consensus was that this investment model was in its early stages, but would assume a more prominent role in the direct investing world as a younger generation begins to assert itself within family offices. 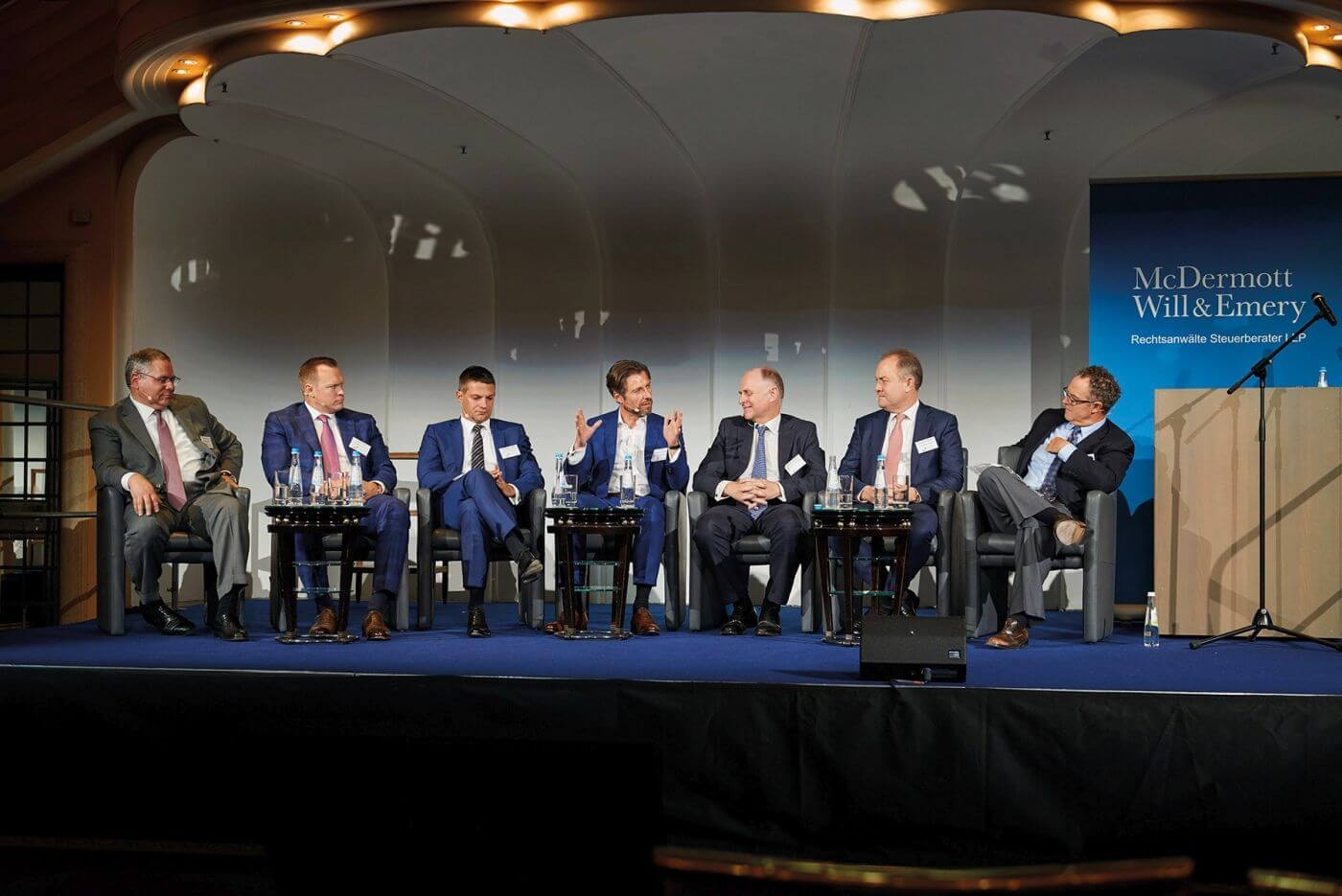 Read more
AMBASSADOR WOLFGANG ISCHINGER: THE DECLINE OF THE INTERNATIONAL ORDER
Ambassador Wolfgang Ischinger, chair of the Munich Security Conference, led the MuMAC audience through the recent changes that have shaken the international. Ambassador Ischinger believes that the current international climate is the most dangerous it has been since the end of the Cold War. Central to this change are the “Five Losses” to the international order: the losses of prediction, truth, Western self-confidence and trust in institutions, regional and global decision- making capability, and the state monopoly of power. From the complete surprise with which the international community was caught by events, such as the Crimean Crisis to the growing emergence of nationalistic tendencies around the world, and increasingly aggressive rogue states, Ambassador Ischinger highlighted how norm...
Read more
DEBT FINANCING: FUND OR BANK?

Read more
CASE STUDY – DUAL TRACK IPO/TRADE SALE: MYTH AND REALITY
Olivier Garnier, founder and managing partner of Bryan, Garnier & Co., and Khaled Bahi, Chief Financial Officer of Symetis, presented the acquisition of Symetis, the third largest player in the European market for transcatheter aortic valve implantation (TAVI), by Boston Scientific. Since its introduction in 2002 as a new ground-breaking procedure, TAVI has grown to become a $2.3 billion market with the expectation that it will increase to approximately $4 billion by 2020. Given the only alternative to treating Severe Aortic Stenosis (which affects 2 percent of the world population over the age of 65) is long and highly invasive open-heart surgery with general anaesthesia, it is not difficult to see why a procedure that requires only local anaesthesia and can be completed in 45 minutes...
Read more
CROSS-BORDER M&A FROM THE UNITED STATES AND WITHIN EUROPE
This panel featured the insights of Melville Mummert (Raymond James), Dr. Carsten Böhm (McDermott Will & Emery), Daniel Cole (Marlin Equity Partners Limited), Robert Goldstein (McDermott Will & Emery), Andreas Bösenberg (Sun European Partners) and Chris McIntire (KPM Analytics).The panel highlighted disruptive factors, such as the US administration, but ended with a fairly optimistic outlook for 2018....
Read more
Show more
Add to the home screen