The panel dove right into the current private equity market of 2018, mainly addressing the effects of the current trade tensions and the ways in which they are influencing the M&A market.

Immediately it became clear that during trade conflicts legal advisory takes on a central role.

Dr. Michael Drill emphasized that Chinese businesses investing in Germany are faced with new obstacles resulting from the new regulatory measures adopted by the German government to protect crucial sectors. As a result, M&A strategies of Chinese investors have had to adapt and become much more diligent in order to avoid the German government’s hindrance on M&A transaction.

Globally M&A market transactions have become more complicated, taking more and more time and thus appearing to have become much less efficient. Even though investment controls require M&A strategies to evolve to be more careful with Chinese-German transactions, an increase in M&A transactions between Germany and China is still predicted, even after the market suddenly cooled down two years ago.

The panel then discussed the cultural gap influencing trade. It concluded that the problem in several countries is actually very seldom the buyer, but rather the regulator.

Dealing with Chinese buyers appears to come with a lot of uncertainty. However, this uncertainty does not emanate from the buyer but from the Chinese government, as Chinese firms may need a long time to get approval to litigate and transfer money or funds.

Furthermore, the panel discussed the upcoming repositioning of M&A strategies concerning the aspect of transformation. Low interest rates fuel concerns for the current M&A market and the demand increases for higher interest rates in Europe. Therefore, M&A activities are expected to decrease in the next few months and years.

Overall, all panellists agreed on a continuous change in the market sentiment. Auction trends include a much more aggressive behaviour and increased difficulties for IPOs. 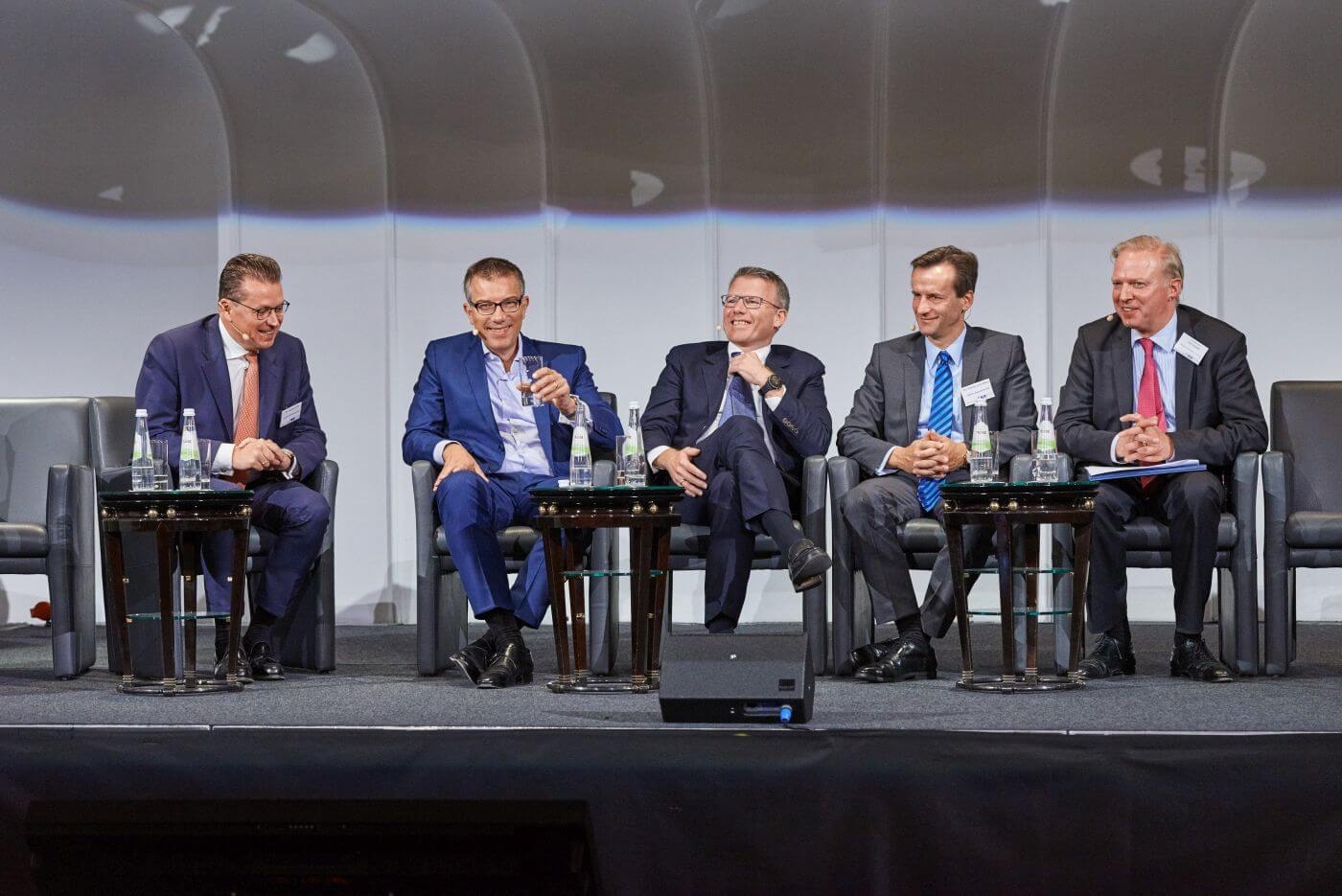 KEYNOTE: THE EUROPEAN M&A MARKET: IMPACT OF GLOBAL AND SECTORIAL DYNAMICS
On September 25, 2018, Patrick Frowein, Member of the Management Committee Germany of Deutsche Bank, led the MuMAC audience through the recent developments in the European M&A market, concentrating on the impact of global and sectorial dynamics. Currently global equities are at a new high. While US equities have continued to have an outstanding performance in 2018, European equities have recovered from a slight decline in the first quarter of 2018 and are expected to further increase during the rest of the year. Equally, a new record year of M&A is coming up. The volatility of the market has decreased after recent spikes, leaving the VIX index at about 12 in September 2018, a considerable decline from the high of more than 30 in February 2018, although at an higher level than in 20...
Read more
KEYNOTE: DIGITIZATION IN EUROPE – THE CHALLENGE IN BETWEEN THE US AND CHINA

Read more
CROSS-BORDER M&A FROM AND INTO ASIA
Tian Cai, Senior Investment Director of the Fosun Group; Inna Gehrt, Partner at Mandarin Capital Partners; Andreas Holtschneider, Partner at Cathay Capital; and Sung Yoon Woo, Chief Executive Officer and Co-Founder of Credian Partners; together with panel head Paul Kim, partner at McDermott Will & Emery discussed recent developments in Cross Border M&A from and into Asia. The panellists outlined their analysis of the current situation regarding four key questions. First they evaluated the emergence of new attractive sectors for cross-border investment from and into Asia. Then, they discussed the influence of the new regulatory measures adopted by the United States and Germany, as well as their effect on the consideration of Asian investors. After, the panellists turned to some of t...
Read more
LIFE SCIENCES, HEALTH AND PRIVATE EQUITY
This panel featured Dr. Hubert Birner, Managing Partner of TVM; Dr. Michelle Dipp, Managing Director of General Atlantic; Jan-Daniel Neumann, Managing Director of Bregal Unternehmenskapital; Daniel Nieper, Global Head Strategy and Mergers & Acquisitions of Siegfried AG; Dr. Michael Ruoff, Partner of Think.Health Ventures; Dominik Schwarz, Director of EMH Partners and Kristian A. Werling, partner at McDermott Will & Emery. Moderating the panel was Dr. Stephan Rau, partner at McDermott Will & Emery. Drawing on the panellists different experiences, the discussion focused on how digitalization—driven by the personalization of data—will undoubtedly disrupt life sciences as it revolutionizes investment decisions within this field. Investing in digitalization has and will make the ent...
Read more
KEYNOTE: STRETCHED TO THE MAX — HOW CURRENT PRICE LEVELS INFLUENCE INTEGRATION RIGOR
Dr. Jens Kengelbach, Senior Partner and Managing Director of BCG Munich, Global Head of M&A and leader of the BCG Transaction Center, discussed how current price levels influence Integration Rigor. The first 6 months of 2018 have shown a record deal activity. The M&A deal value has increased by 44 percent. Dr. Jens Kengelbach names four key drivers for this M&A activity: The conclusion of 22 mega deals in the first half of 2018, the US tax reform pumping up corporate cash offers, activist shareholders focusing on M&A and finally, private equity dry-powder continuing to strike records. At the same time, deals have gotten more expensive. In 2017, earnings before interest, tax, depreciation and amortization (EBITDA) multiples have reached the absolute record high....
Read more
AUTOMATED INTELLIGENCE, MOBILITY AND PRIVATE EQUITY
Under the guidance of Jens Haas, Managing Director at Alix Partners, the panellists Dr. Carl Friedrich Eckhardt, Head of CoC Urban Mobility at BMW; Nicolas D. Gutbrod, Director of Helbing Business Advisors; Nikolaus Waser, Vice President and Head of Watson IoT Global HQ & Center Munich of IBM Watson; as well as Fabian Wasmus, Managing Director at Vitruvian Partners discussed the future and evolution of the Mobility Market and its effects on the private equity sector. The panellists started out by asserting the dramatic pace of developments in the mobility market. Next to the tremendous velocity of technological advancements, consumer needs change and diversify more quickly than ever. The panellists agreed that next to important hardware components, such as hybrid and electric motorizat...
Read more
DISTRESSED M&A AND PE