PUTTING THE TRANSATLANTIC ECONOMY ON A FREE AND FAIR FOOTING

The honor of opening the ninth Munich Cross-Border M&A and Private Equity Investment Conference was given to Meghan Gregonis, General Consul of the United States in Munich. The topic of the opening statement—putting the transatlantic economy on a free and fair footing—aptly complemented the focus of the conference: “10 Years of Growth – What Comes Next?”, as trade tensions these days seem to have an enormous impact on the markets.

Consul General Gregonis’ remarks focused on the state of the trade relationship between the United States and the European Union, a partnership with a rich history of more than 70 years. After World War II, the institution of a free trade system not only lifted millions out of poverty and increased economic vitality, but it also led to lower prices, greater variety

and quality, and to faster growth. However, Gregonis explained the US view that the current trade situation is neither free nor fair, as the core benefits of free trade—a better allocation of resources and welfare for both trading partners—are threatened. At the moment, the European Union imposes higher tariffs than the United States on a range of products, including cars and agricultural goods. Furthermore, other US products never make it to European markets due to regulatory restrictions, resulting in a goods trade deficit for the United States of USD 69 billion with Germany and USD 169 billion with the European Union. Gregonis noted that lower trade potential also limits innovation and therefore growth potential on both sides of the Atlantic. 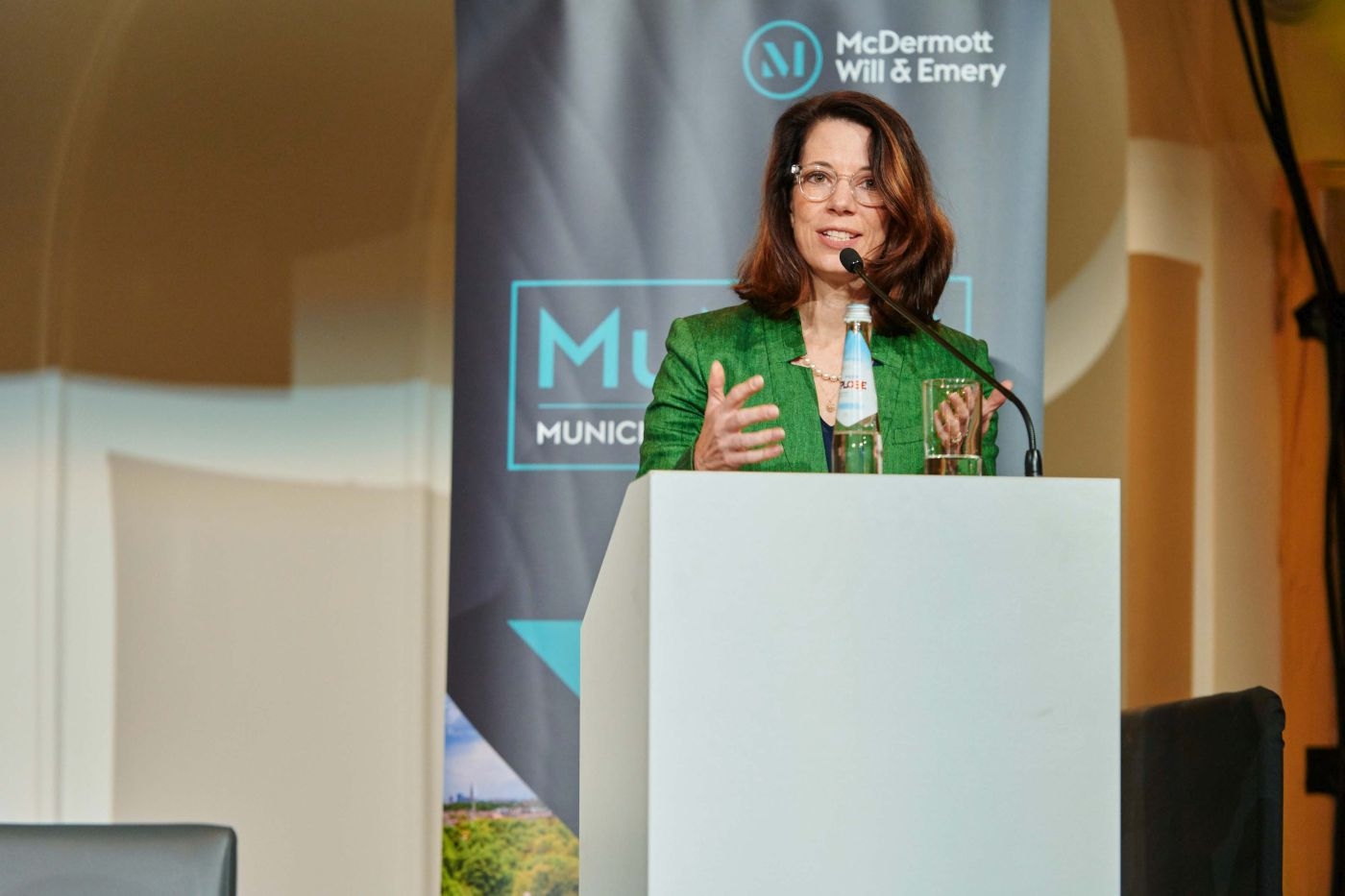 DIGITALIZATION IN EUROPE – THE CHALLENGE IN BETWEEN THE US AND CHINA
Todd Albright, Chief Revenue Officer of Merrill Corpo­ration; Fabian Wasmus, Partner at Vitruvian Partners; Carsten Burger, Managing Director of DC Advisory; together with panel head Frank Steinherr, Partner at McDermott Will & Emery discussed digitalization and artificial intelligence as a driver of M&A. The panel began by noting that there is more computing power in the smartphones that are used today than in the computers used by NASA during the Apollo 11 lunar mission that put the first man on the moon just 50 years ago. As technology advances, so too does the rate of our technological advancements. Digitalization – that is the system of converting text, pictures, sound and other analog information into a digital machine readable form capable of being processed by computers - h...
Read more
CROSS-BORDER M&A FROM AND TO THE UNITED STATES AND WITHIN EUROPE

Read more
KEYNOTE: CHALLENGES FOR THE AUTOMOTIVE INDUSTRY— STATUS AND OUTLOOK
Jens Haas, managing director and automotive expert at AlixPartners, spoke about the ongoing and anticipated future challenges for the automotive industry regarding current struggles and serious changes. Mr. Haas based his keynote speech on the challenging year of 2019 for the automotive industry, as global volumes have gone down by 5% since 2018. However, he explained that despite challenging markets in 2019, a slow recovery was still possible from 2020 onwards, which is strongly dependent on China. Mr. Haas explained that China’s automotive capacity utilization is trending down below healthy levels (70%) since 2016, with significant overcapacity. Due to current regulations, original equipment manufacturers will struggle to make the 2021-set CO2 targets and a disruptive pace is required to...
Read more
END-TO-END M&A PROCESS DESIGN FOR THE 21ST CENTURY: THE CHALLENGES AND LEVERS OF DIGITALIZATION AND BUSINESS MODEL INNOVATION
In his keynote, Prof. Dr. Thorsten Feix, Professor for M&A, Corporate Finance and Strategy in Augsburg, Munich, Harvard and Geneva, focused on End-to-End M&A Process Design for the 21st century and the challenges and levers of digitalization and business model innovation. Prof. Feix identified that new business designs and players, especially platform builders, on the market are unified by the fact that they all do not actually own the assets their business model is based upon, be it mobility, digital business designs, the accommodation industry, retail, communication providers or even the Fintech sector. This development of the M&A market requires concentrating on its true driver: Innovation. When comparing M&A volumes...
Read more
CRISES AND PRE-CRISIS MANAGEMENT

Together with the panel lead, Dr. Rainer Bizenberger from AlixPartners in Munich, seven panelists discussed current issues on Crisis and Pre-Crisis Management.

The panelists in this discussion who participated were Dr. Uwe Goetker, Partner at McDermott Will & Emery in Düsseldorf; Jan Groß, responsible for restructuring at UniCredit Bank; Andreas Jaufer of Robus Capital Management; Daniel Jürgenschellert of Helbing Business Advisors in Düsseldorf; Alexander Reus, Partner at anchor Rechtsanwälte and active in insolvency advice; and Samuel E. Dewey, Counsel at McDermott Will & Emery in Washington.

Read more
PRIVATE EQUITY AND PUBLIC MARKETS: HOW DO THEY GO TOGETHER?
The four panelists in this discussion: Nadja Picard, Partner at PwC Germany; Christoph Großekämpfer, Managing Director at Mutares; Christian Kolodinski, Director at Rothschild Advisors; together with panel head Simon Weiss, Partner at McDermott Will & Emery, discussed how private equity and public markets go together. First, the panel focused on the recent developments in the IPO market in 2019. They asserted that the number of IPOs decreased by about 40–45% compared to 2018 at the same time. The reasons for this trend can be found in relatively weak expectations for economic growth in Europe. Uncertainty of Brexit and trade wars, especially between the United States and China, generated this reserved mood. The big evidence fo...
Read more
M&A IN THE FINTECH INDUSTRY

Thomas Hürlimann, Board of Directors at Hiscox; Roman Rittweger, CIO and Founder of ottonova Holding; Dr. Gerrit Seidel, Managing Director at yabeo; Nikolaus von Taysen, Founder of Payworks & Circula and Pay.On, as well as Kilian Thalhammer, Advisor, Investor, FinTech Expert at Wirecard discussed the current status and developments of M&A in the FinTech Industry with Julian Ostertag from Drake Star Partners leading as the moderator of the panel. Together, they discussed the impact of digitalization on the FinTech industry as well as the reasons and fundamental issues that make a FinTech successful and attractive for investors. The discussion then moved to an exchange of opinions about the current state of fundraising and the ongoing M&A activity within the industry.